Huge masses of Sargassum have inundated beaches in Barbados. Here, at Oistins, in the central part of the island, a major clean-up operation was being undertaken to remove the unsightly algae. (Photo: CRFM, May 2018)

BELIZE CITY, BELIZE, FRIDAY, 25 January 2019 (CRFM)—The Caribbean Regional Fisheries Mechanism (CRFM) has initiated a regional fact-finding study to document the record-breaking influx of Sargassum seaweed in the Caribbean Sea in 2018, and the impacts this phenomenon has been having on countries in the region since 2011.

The fact-finding survey is funded by the Japan International Cooperation Agency (JICA), that has coordinated official development assistance from Japan to CARICOM States for over two decades.

Over the past 7 years, massive Sargassum influxes have been having adverse effects on national and regional economies in the Caribbean, with substantial loss of livelihoods and economic opportunities, primarily in the fisheries and tourism sectors. Large Sargassum influxes had been experienced in this region in 2011, 2014 and 2015, but it reached unprecedented levels in 2018, with more Sargassum affecting the Caribbean for a longer period of time than had previously been observed.

It is estimated that clean-up could cost the Caribbean at least $120 million in 2018. The CRFM Ministerial Council adopted the “Protocol for the Management of Extreme Accumulations of Sargassum on the Coasts of CRFM Member States” in 2016. The protocol has been guiding the drafting of national Sargassum management protocols for Grenada, St. Kitts & Nevis, St. Lucia, and St. Vincent and the Grenadines, with support from the CC4FISH project, an initiative of the United Nations Food and Agriculture Organisation (FAO).

In the coming weeks, the CRFM Secretariat will lead extensive consultations with key national stakeholders in the public and private sector, including interests in fisheries, tourism, and environment, as well as with coastal communities and other related sectors. Remote surveys and field missions in select Member States will provide a broad knowledge-base on exactly how the phenomenon has been affecting the countries. 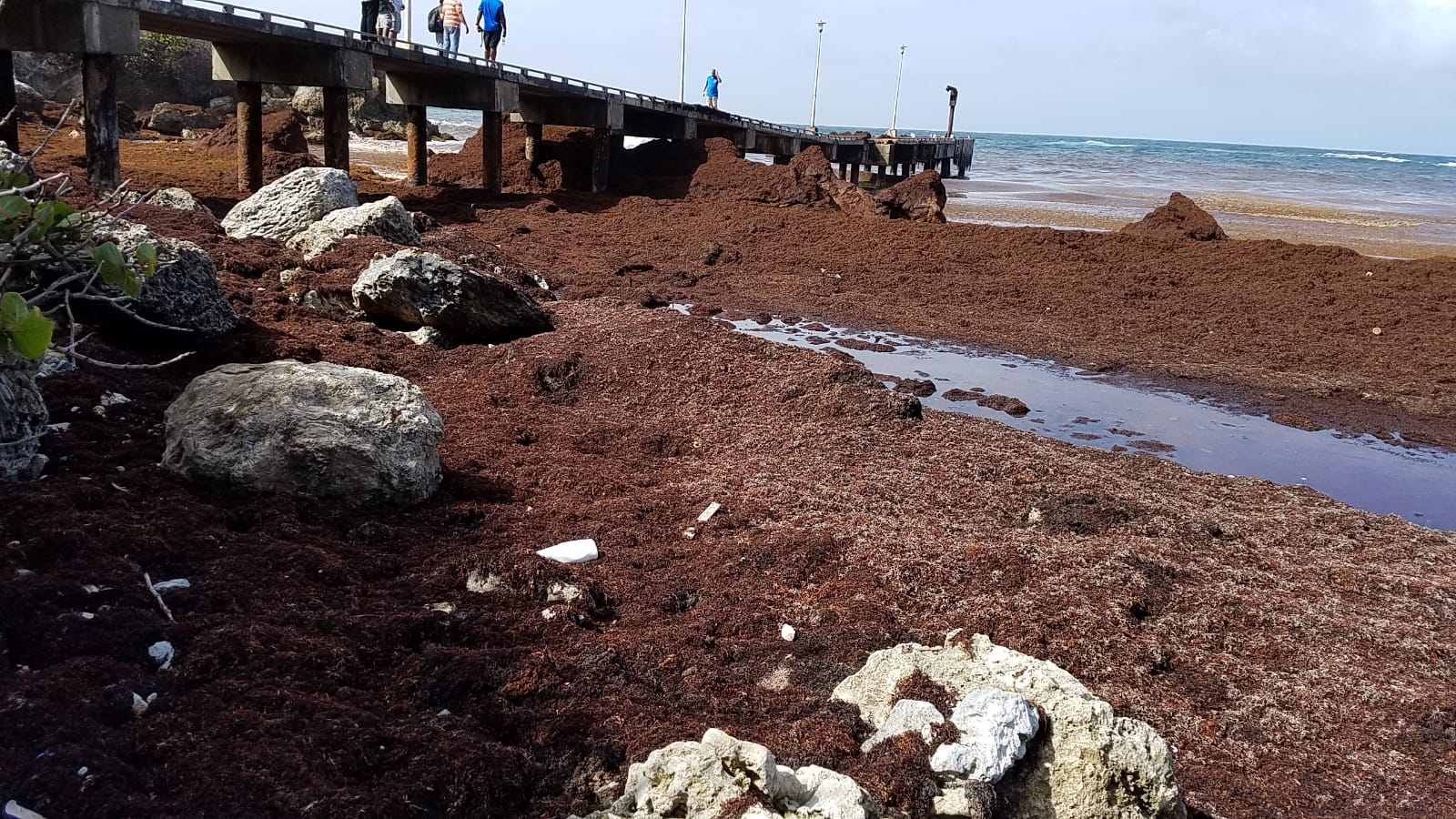 Through the project, the CRFM will identify heavily affected areas, the time and frequency of extreme blossoms and accumulation of Sargassum, the quantity of accumulation, and elements associated with it, such as the species of fish and types of debris. A review of the history and scope of the impacts (both positive and negative) will be conducted and the extent of financial losses quantified. The CRFM will also identify research and countermeasures taken by the national governments, regional organizations, research institutions, and other development partners and donors. Finally, the study will suggest actions and scope of support that Japan may provide to help the countries address the problem.

During the study, the CRFM will engage other regional institutions such as Caribbean Community Climate Change Center (CCCCC), the Centre for Resource Management and Environmental Studies at the University of the West Indies (CERMES-UWI), the Caribbean Institute for Meteorology and Hydrology, (CIMH), the Caribbean Tourism Organisation (CTO), the Caribbean Agriculture Research and Development Institute (CARDI), and the Organisation of Eastern Caribbean States (OECS) Commission. The CRFM will also engage development partners which have been doing Sargassum-related work in the region, including the FAO, UN Environment Regional Coordinating Unit, the International Atomic Energy Agency (IAEA), and IOCARIBE, the Sub-Commission for the Caribbean and Adjacent Regions of Intergovernmental Oceanographic Commission (IOC), an agency of the United Nations Educational, Scientific and Cultural Organization (UNESCO).

According to the CRFM, Sargassum influxes disrupt fishing operations through gear entanglement and damage; impeding fishing and other vessels at sea; reducing catches of key fisheries species, such as flyingfish and adult dolphinfish; changing the availability and distribution of coastal and pelagic fisheries resources; and disrupting coastal fishing communities and tourism activities.

However, this challenge has also inspired innovative interventions, and opportunities for revenue-generation include value-addition through the production of fertilizers, pharmaceuticals, animal feed, and biofuel. The CRFM notes, though, that the financial or other benefits remain to be quantified.

The Sargassum phenomenon is believed to be driven by several factors, including climate change and increased sea surface temperature; change in regional winds and ocean current patterns; increased supply of Saharan dust; and nutrients from rivers, sewage and nitrogen-based fertilizers.