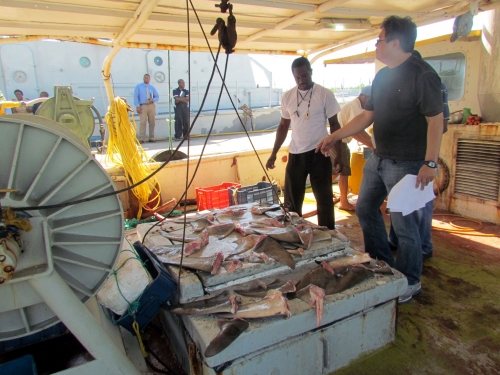 Belize City, August 27, 2014:  The Caribbean Regional Fisheries Mechanism (CRFM) will on September 5, 2014 give oral arguments to the International Tribunal for the Law of the Sea (ITLOS) in Hamburg, Germany in response to a request for an advisory opinion on Illegal, Unreported and Unregulated (IUU) fishing in African waters.

ITLOS, which is made up of 21 Judges, including two from the Caribbean, namely, Judge Dolliver Nelson (Grenada), and Judge Anthony Amos Lucky (Trinidad and Tobago), is hearing oral submissions from States Parties to the United Nations Convention on the Law of the Sea and International Organisations with an interest in the subject. 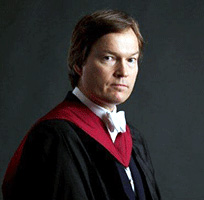 Legal Counsel for the CRFM, Professor Pieter Bekker of Dundee University, UK (photo left) will join representatives of nine (9) countries and the SRFC, the European Union (EU), and the International Union for the Conservation of Nature and Natural Resources (IUCN) in presenting oral arguments.

Milton Haughton, Executive Director of the CRFM, noted: “The hearing is as important to the Caribbean as it is to the States that have sought advice, as it could set significant precedents for the way illegal fishing is dealt with in the future, particularly regarding the liability of flag States for IUU fishing conducted by their vessels.”

He continued: “IUU fishing is a multi-billion dollar enterprise that inflicts great economic and environmental harm on States that are victims, especially developing countries such as CARICOM countries, with limited capacity for monitoring, control and enforcement of their fisheries laws.”

The SRFC is seeking advice in response to four questions:

1) What are the obligations of the flag State in cases where illegal, unreported and unregulated (IUU) fishing activities are conducted within the Exclusive Economic Zone of third party States?

2) To what extent shall the flag State be held liable for IUU fishing activities conducted by vessels sailing under its flag?

4) What are the rights and obligations of the coastal State in ensuring the sustainable management of shared stocks and stocks of common interest, especially the small pelagic species and tuna?

The Case was initiated on March 28, 2013, when the Sub-Regional Fisheries Commission (SRFC) representing seven African States sought the Tribunal’s assistance regarding IUU fishing by vessels registered in foreign States within waters under the national jurisdiction or control of its members and on the High Seas.  The SRFC includes Cape Verde, Guinea, Guinea-Bissau, Mauritania, Senegal, Sierra Leone and the Gambia.

The arguments in Case 21 can be viewed via live Web stream through the ITLOS Web site (www.itlos.org).

More in this category: « Government of Montserrat initiative lead the way in Marine Resource Management Caribbean Fisheries Officers off to Australia for Training »
Login to post comments
back to top