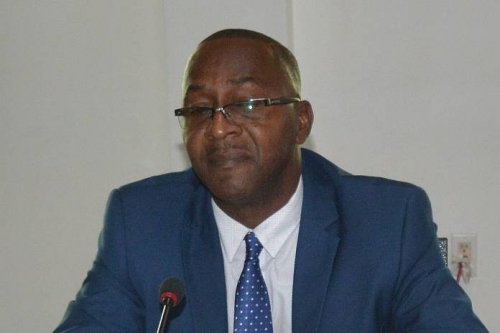 BELIZE CITY, BELIZE, WEDNESDAY, 10 October 2018 (CRFM)—Fisheries ministers from Member States of the Caribbean Regional Fisheries Mechanism (CRFM) are expected to deliberate upon a new Protocol on Climate Change Adaptation and Disaster Risk Management in Fisheries and Aquaculture when they meet at 11:30 a.m. on Thursday, 11 October 2018, at the Hilton Hotel in Bridgetown, Barbados.

The ministers have been invited to attend the 8th Special Meeting of the CRFM Ministerial Council, the highest decision-making body of the CARICOM agency, guiding policy for the sector within Member States. The Ministerial meeting will be chaired by David Osborne, Minister of Agriculture, Trade, Lands, Housing and the Environment (MATLHE) of Montserrat.

He explained that increased levels of carbon dioxide in the atmosphere has been known to cause global warming. However, only in recent years have experts begun to understand the magnitude of the effect that the absorption of carbon dioxide by the ocean—which is causing the waters to become acidic—has been having on marine life and fisheries production.

The Protocol on Climate Change Adaptation and Disaster Risk Management in Fisheries and Aquaculture sets out a framework for adaptation to the impacts of climate change and resilience to protect livelihoods, assets and marine ecosystems. This would be achieved through research and integrated adaptive planning and policy development, awareness and capacity building, and regulatory reforms. This protocol would be the second to be adopted under the Caribbean Community Common Fisheries Policy (CCCFP). At their regular meeting held in Montserrat this May, the Fisheries Ministers approved the protocol on Securing Sustainable Small-Scale Fisheries in the region, within the framework of the CCCFP.

Also on the agenda of the policy makers is a project proposal to seek funding aimed at “Reducing the vulnerability of coastal and marine social-ecological systems to Sargassum influxes in CARICOM Member States.” The large blooms of Sargassum which have been impacting the region since 2011 are believed to be connected with changing climate, warming waters and other factors.

The Ministerial Council will also be asked to review a draft policy on decent work and gender equity mainstreaming in Fisheries at this week’s meeting. It will furthermore consider a request to the United Nations Food and Agriculture Organization (FAO) to make the services of the RV Dr. Fridtjof Nansen, a research vessel, available for a marine resource survey in the waters of CRFM Member States over the course of 2021 and 2022.

The ministerial meeting is one of several activities marking the 15th Caribbean Week of Agriculture, held annually to promote the strengthening of fisheries, agriculture and forestry. The week culminates with the special meeting of CARICOM’s Council for Trade and Economic Development (COTED), which will receive a report on the deliberations of the CARICOM/CRFM Priority Commodities Working Group, established to help identify new species with potential within the context of growing the Blue Economy and scaling up value addition of existing products that can make money for the region.

COTED will also be presented with the new regional protocol on climate change for its endorsement.