Organs of the CRFM 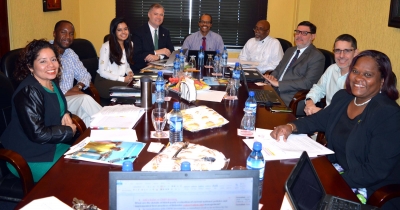 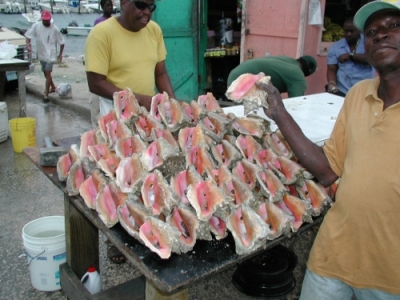 Belize City, Friday, 27 May 2016 (CRFM)—Officials from the Caribbean Community and the United States advanced talks in Washington last week at the 7th Annual Meeting of the CARICOM-US Trade and Investment Council, on several key concerns affecting trade between the US and the region, chief among then being the treat of a lawsuit by US-based NGOs over the harvesting of queen conch for trade. The threat of suit is of great concern to the region, which exports roughly US$185 million worth of conch meat a year to the US.

In February 2016, WildEarth Guardians and Friends of Animals notified the Secretary of Commerce and the Administrator of NOAA of their intention to sue the Department of Commerce, the National Oceanographic and Atmospheric Administration, the National Marine Fisheries Service / NOAA Fisheries, and their officers and directors over the Government’s decision back in 2014 not to list the queen conch as threatened or endangered under the Endangered Species Act (ESA).

The Caribbean Regional Fisheries Mechanism (CRFM), which was represented at the meeting by its executive director, Milton Haughton, maintained that the petition is unjustified, as it is based on outdated and erroneous information. A listing that the species is endangered would result in an outright ban, while a listing that it is threatened would lead to more stringent export regulations, among other measures.

The NGO which wants to challenge the decision of the US federal authorities is reputed to have a 77% success rate in lawsuits against the US Government. In studying the impact of litigation by the NGO, US researchers, Dr. Ryan M. Yonk of the Department of Political Science and Criminal Justice at the Southern Utah University and Dr. Randy T. Simmons of the Department of Economics and Finance at Utah State University, found that the litigation, which has mostly been over land issues in the US, could jeopardize industries representing over US$3 billion in local economies. However, US authorities have indicated that they will defend their position on the queen conch. CARICOM States will, meanwhile, be monitoring this situation closely.

At the Washington meeting, the parties also discussed US measures to combat illegal, unreported and unregulated (IUU) fishing and their potential impact on our region. A Presidential Task Force was established two years ago to develop recommendations for “a Comprehensive Framework to Combat Illegal, Unreported, and Unregulated Fishing and Seafood Fraud.”

However, the measures being implemented by the United States could also create opportunities for fish and fish products exported from the region, by reducing the occurrence of IUU fishing in our region by third States and unfair competition.

In the recent meeting, CARICOM officials laid out both their concerns and expectations to the US representatives, including the need for support for fish traders and Government Fisheries departments so that they could make the necessary reforms to comply with the new US requirements for international trade.